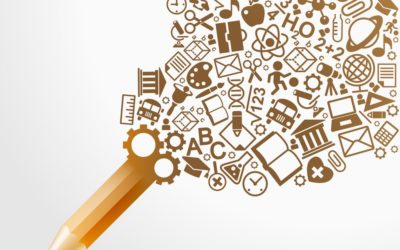 In March of this year, I left an organization after a couple of unsuccessful months of trying to ‘get things right’ based on my nonprofit experience. With 25 years and multiple jobs invested in the nonprofit world, I know when things are going to work and when they are not, and instead of continuing to try to make it work, and making myself crazy in the process, I left.

I guess it was the last straw, because immediately after, I started writing a book on nonprofit management. For seven months, I set a schedule for myself, and I wrote and wrote and wrote.

I’m not the kind of writer who is immediately able to transfer what I know into writing. I’m the messy, write it, read it, think about whether what I wrote conveys my idea effectively, ask myself, ‘What do I want to say here?’ and then rewrite. Again and again and again. It’s not pretty, and early drafts read like they were written by six or seven different authors trying to make sense out of years of management and leadership experience. Kind of like the blind men and the elephant: there’s a central object (elephant)/concept (successful managing in nonprofits) and a lot of ideas on how to describe the object/concept. Some are better than others but none capture the whole. I had to step back, run ideas by friends and colleagues, and then rewrite to capture the whole.

It was work. I would actually have to say to myself, Lori, you are at work. This is not fun time, it is work time. No one said this would be easy. And it wasn’t. I mean some of it was great, I learned so much from both the process of writing a book, the research and from the people I interviewed. But a lot of it was a slog. I wrote book proposals and sent them out—a boatload of work in itself.

And then one day the book was about as finished as I could get it. Not having heard from anyone, I decided I would self-publish. A couple weeks later, months after sending the proposals, I received an email from CRC Press indicating they were interested in publishing the book, and last Friday I signed their contract.

Managing As Mission is a way of thinking about and engaging in nonprofit managing that reflects the world we want to see, in contrast to a ‘business as usual’ approach to managing. Chapters focus on

I will be sure to let you know when the book is published, and will be pulling concepts from the book for future blogs. In the meantime, please comment or email me with questions, requests, etc.